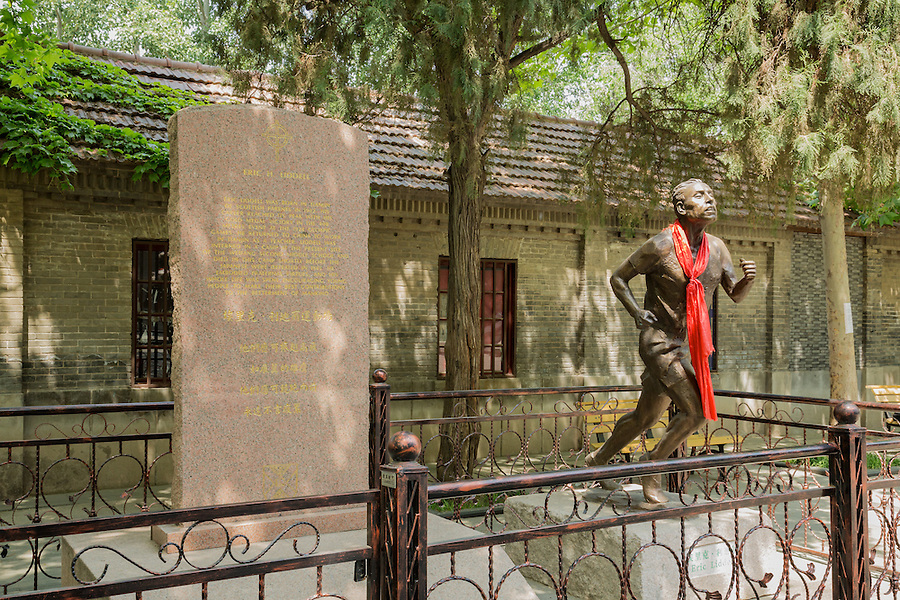 Memorial to Eric H. Liddell in front of Shadyside Hospital.

"Eric Liddell was born in Tianjin of Scottish parents in 1902. His career reached its peak with his gold medal victory in the 400 metres event at the 1924 Olympic Games. He returned to China to work in Tianjin as a teacher. Liddell was interned at a camp at the present site of the Weifang Second Middle School and died in this camp shortly before the Japanese were defeated in 1945. He embodied fraternal virtues and his whole life was spent encouraging young people to make their best contributions to the betterment of mankind".
2859x1906 / 7.9MB
Weihsien Internment Camp
Architecture, Buildings old, Camp, China, Culture, Eric Liddell, Heritage, History, Internment, Japan, Memorial, Prison, Residence, Shandong, War, Weifang, Weihsien